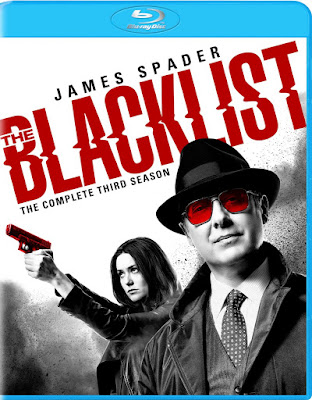 The show still follows former government agent Raymond Reddington (Spader), who has long been high up on the FBI list for wanted criminals. Having made a living deep within the criminal underworld as “The Concierge of Crime,” he also has unique information that could help the investigations carried out by the FBI. With a basic premise that quickly begins to feel like a slightly elevated “White Collar,” Reddington offers his services in helping to hunt down some of the world’s most elusive criminals. The only stipulation to this offer is that the only person Reddington will speak with is rookie profiler, Elizabeth Keen (Megan Boone).

While this first appears random, it quickly becomes apparent that Reddington is somehow tied to Keen’s mysterious past. Because of their connection, Keen and Reddington are characters with close ties in the early seasons, forced even closer by the second-season cliffhanger which has them on the run together. Much of season three has both Keen and Reddington as fugitives suspected of being responsible for a high level assassination. As always, Reddington seems to have a plan worked out which will keep the both of them safe, though this becomes complicated when the culprits responsible for framing Keen begin sending assassins to finish the job.

Though many of the storyline twists seem to come from solutions to shoot around actress Megan Boone’s real-life pregnancy (including the simultaneous pregnancy of her character), it is a welcome change from the predictable structure established by the first two seasons. There are still the occasional hints and revelations about Keen’s past and the connection to Reddington, but far more of this season is about the resolution of the cliffhanger storyline from season two. Even when that seems mostly resolved and business mostly returns to normal, Keen stays in a demoted position for nearly all of the third season. Many of these changes are likely to be reversed with the resolving early episodes of season four, but the alterations this season were still a welcome adjustment to the increasingly tired formula.

All 23 season three episodes are included on the 5-disc Blu-ray set, along with a collection of special features. Extras also included with the DVD release of season three are three featurettes. These include a making-of featurette for “The Blacklist” comic book, a brief collection of the best lines from season 3, and a featurette about the character of Aram (played by Amir Arison). Not only does the Blu-ray release include these extras, it also comes with a handful of exclusive additions. Along with commentary tracks on select episodes and a collection of deleted/extended scenes, there are also two additional featurettes that are exclusive to the Blu-ray discs. There is a feature about the villains of season 3, as well as a technical featurette covering the stunts in their progression from script to screen.

When the recording has finished you're wind up having a MPEG-4 file. Click here for more interesting information on 123movies 2018.