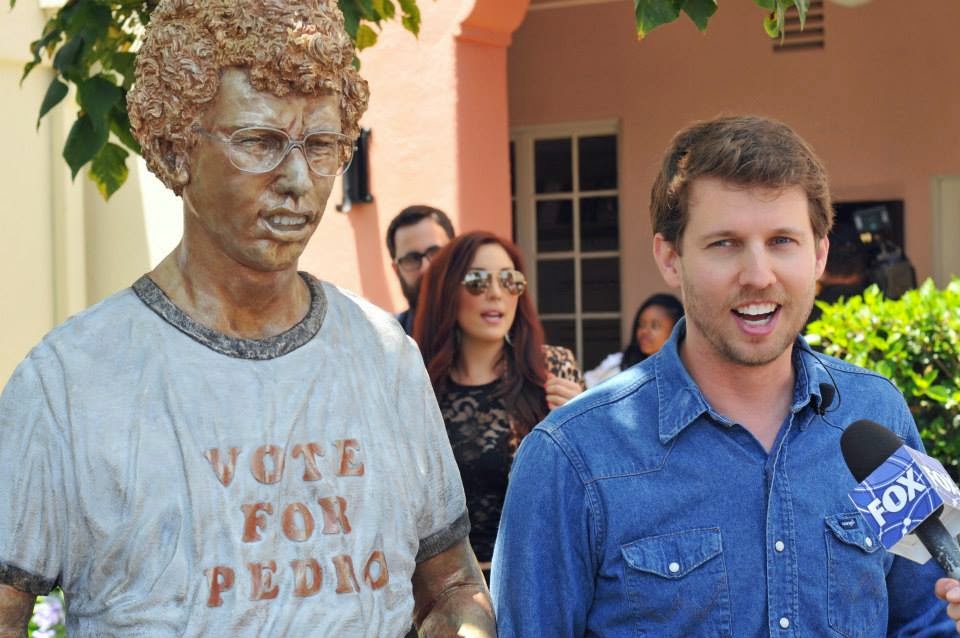 Most successful films are re-released on special anniversary edition DVD and Blu-ray releases after ten years, and a few even have special events to celebrate the landmark. The honor bestowed on Jon Heder’s portrayal of the title character in Jordon Hess’ Napoleon Dynamite Monday afternoon on the 20th Century Fox Studio lot was something else entirely. Now housed just beyond the studio’s main entrance is a multi-colored bronze statue of the tater-tot-loving bespectacled odd-ball.

In celebration of the anniversary, Fox Searchlight Pictures brought filmmaker Hess and an assortment of cast members to unveil the new studio landmark. Jon Heder, Efren Ramirez (Pedro), Diedrich Bader (Rex),Tina Majorino (Deb), Sandy Martin (Grandma), Haylie Duff (Summer), Shondrella Avery (Lafawnduh), and Carmen Brandy (Starla) were in attendance for the event, along with studio executives and various employees enjoying the break in their Monday. There was a brief Q&A with the cast before the statue was uncovered by Heder and Hess.

The even also included a number of photo opportunities and carnival booth activities. Photo opportunities were with Tina the Lllama and Uncle Rico’s van. There were also prom-style glamour shots with costumes available, and an arts & crafts table with Boondoggle Key Chains and other handicrafts. Tater tots and quesadillas were served. 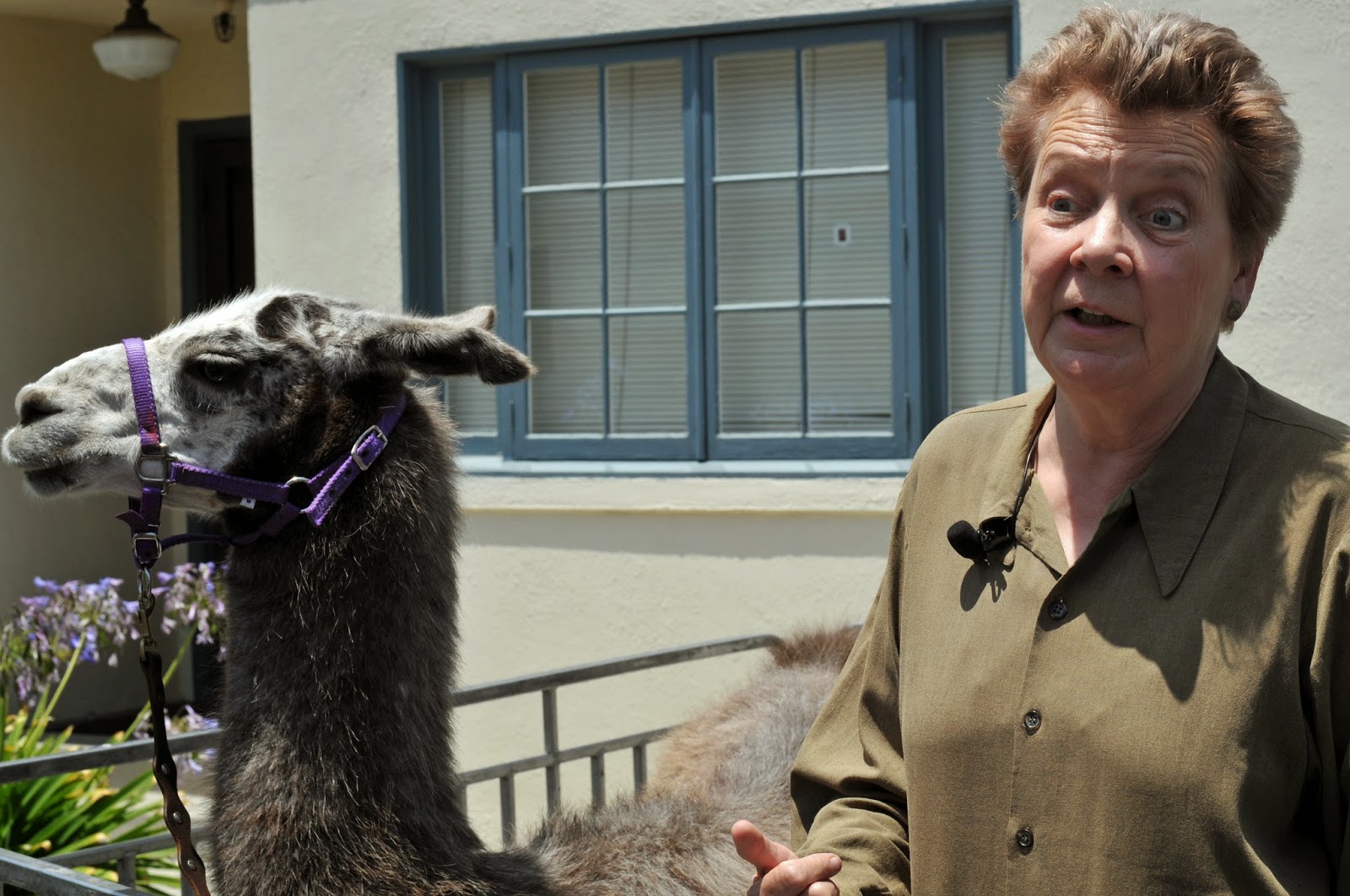 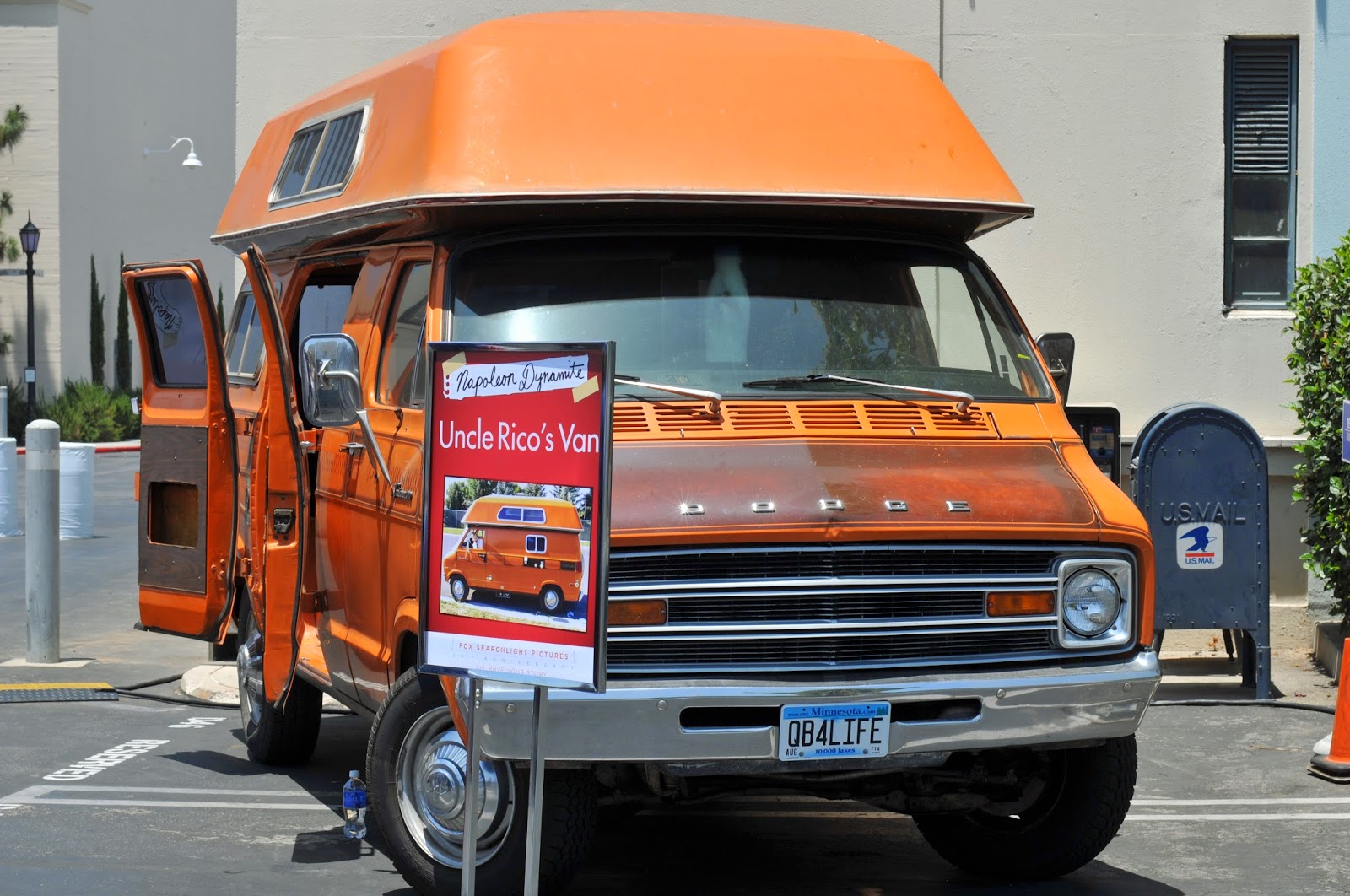 For more photos of the event, visit the Real Movie News Facebook page.