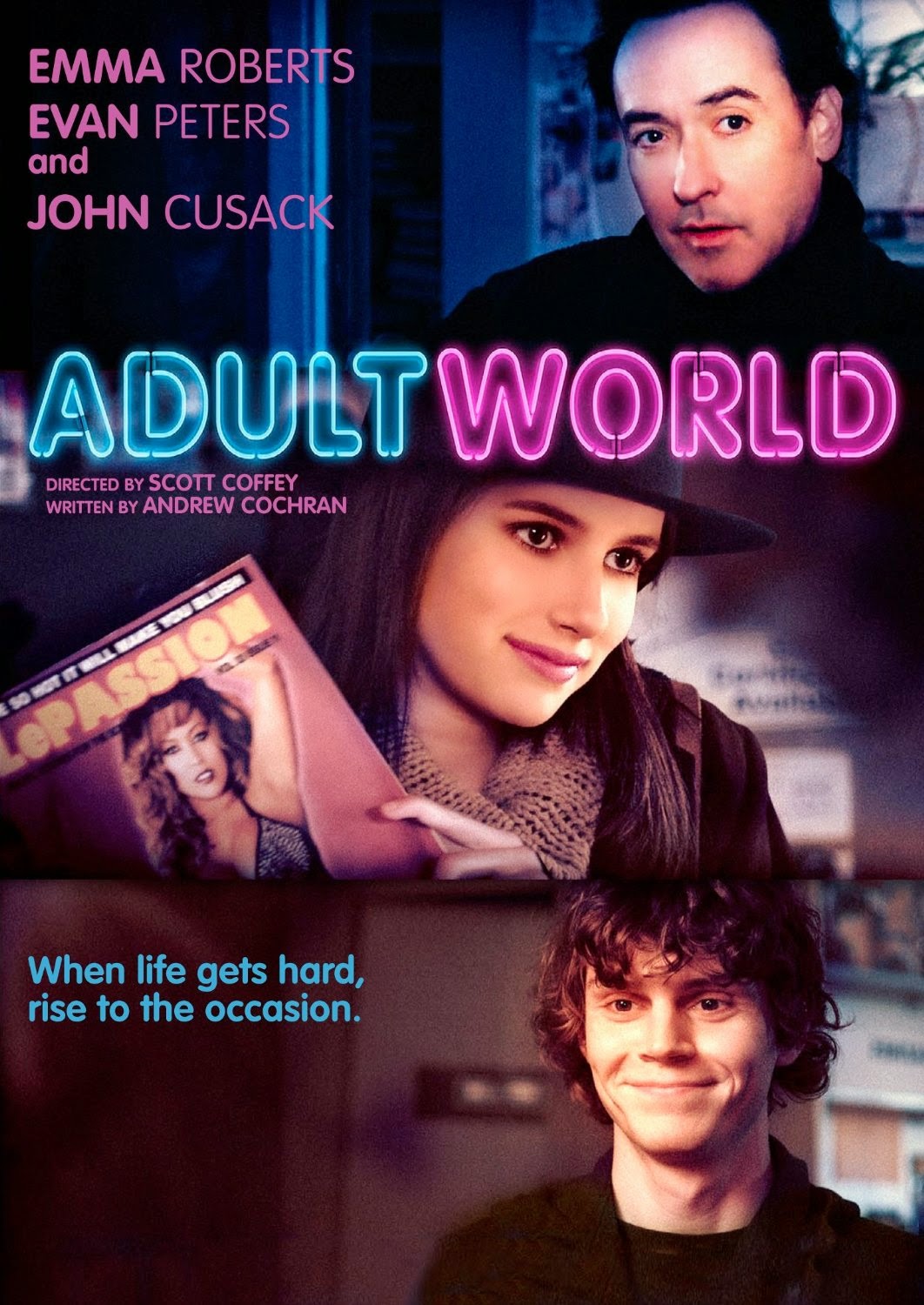 
I wanted so desperately to like Adult World, but that was made impossible by horribly passive direction from Scott Coffrey and a bipolar screenplay from Andy Cochran that veers back and forth from obvious and cliché plot points to forced quirkiness in character development. Despite having a few unique things to say about our society’s desire for fame and celebrity, Adult World’s positive ideas are overtaken by the screenplay’s assortment of purposefully unsympathetic characters and a hipster ideology. Only the supporting performance by John Cusack saves this film from being entirely tiresome.


Emma Roberts heads up the cast as Amy, a forcefully flawed college graduate with naïve aspirations at becoming a famous poet. Forced to take a job at a sex shop with the significant name ‘Adult World,’ after her parents refuse to continue paying for endless poetry contests, Amy learns that she has to live before convincingly being able to write. Roberts’ real life partner, Evan Peters, plays the convenient artist co-worker in the sex shop, providing a surprisingly chemistry-void rom-com resolution.  First of all, the virgin artist who must have sex by the end of the film in order to signify a change in their art is beyond unoriginal. Second of all, there is little nothing to admire about Amy. Despite Roberts’ complete committal to the distasteful aspects of this aspiring artist, she just comes off as a more hyperactive and high-pitched version of Greta Gerwig’s character from Frances Ha (2012).

The saving grace of this film comes in the form of Amy’s equally unsympathetic mentor figure, a faded alcoholic author who has seen decades pass since his greatest success. Rat comes alive thanks to Cusack’s ability to handle deadpan comedy with ease that none of the rest of the cast understands. The only scenes that work with Roberts are the ones she shares with Cusack, because he feeds off of her loud and energetic lines with simple and subdued responses and reactions which are infinitely more interesting. Cusack is a pro. His talents have been wasted on silly straight-to-video thrillers recently, but I would like to see him heading up the cast of more comedies. If Cusack can make even the dialogue from Cochran and poor direction from Coffey work, he is clearly still a talent to be watching. And as a final note to director Scott Coffey; it is in no way believable to have two people moving 2 MPH uphill in snow chasing a car, no matter how slow the driver may be going. It is this dismissal of basic logic that bleeds through nearly every choice made in Adult World. I hated this movie. Fortunately, I love seeing Cusack cast in a decent role. Oddly enough, Adult World is being released on DVD through IFC the same week that they also release Haunt, a horror film co-starring Ione Skye.

The Adult World DVD includes deleted and alternate scenes, as well as a trailer.