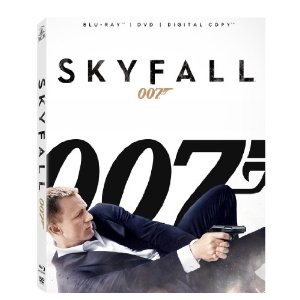 I have always found mild amusement in the James Bond franchise, though even in its golden years I never considered the films anything more than genre escapism. Even when the series was reinvented, from the beginning this time, I was slightly under-whelmed. Although Casino Royale was a promising start, the film as a whole felt somewhat uneven and incomplete. The follow-up and only direct sequel to a Bond film, Quantum of Solace, was a big letdown despite the interesting and bold choice of director. Skyfall held no expectations for me, though I had more interest when I heard that Sam Mendes would be the director.

Mendes has a limited filmography, proving to be somewhat picky in the projects he takes on, with Skyfall being the largest budget and only genre picture he has attempted. The match seemed strange albeit bold, especially since Mendes had been missing from the big screen since releasing two alternate views of married life with Away with Me and . Family drama had always seemed more suited to Mendes’ style, and perhaps this is why he was the best choice to direct the Bond film in which we learn the most about his childhood and family life.

Skyfall is an easy film to compliment. Usually, even with some of the best films, there are only a few elements which elevate the film. Either a fantastic script, remarkable actor or strong visuals can make the film more memorable than the rest, but it is extremely rare for a film to excel in every way. Despite easily being dismissible as a genre film, Skyfall was one of the best films of 2012, not to mention in the James Bond franchise. Every aspect of the film seems to come together into a remarkably entertaining and emotionally engaging film.

Along with the direction by Mendes come the frequent partners in filmmaking, composer Thomas Newman and director of photography Roger Deakins. Both add a significant amount to the spectacle of the film, with Newman’s energetically percussion based interpretation of the classic Bond theme and Deakins’ incredible foray into digital photography. These are two great reasons to own this film on Blu-ray, especially for the soundtrack. The photography also looks great, though nothing compares to the way it looked in theaters.

The Blu-ray release also has a DVD and a digital copy of the film. There are plenty of special features about the many iconic elements of a bond film, from villains and women to cars and gadgets. Even more impressive, however, is the incredibly informative commentary track with Mendes. There is a second track with producers Barbara Broccoli and Michael G. Wilson, and production designer Dennis Gassner.