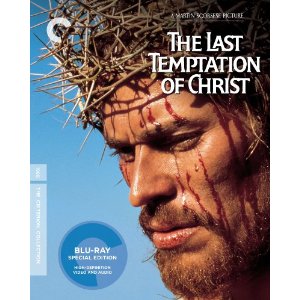 The controversy surrounding The Last Temptation of Christ now seems more an unbelievable tale of folklore than reality, as though the story behind the film were compelling enough to inspire a film of its own. It was a difficult film to sell, and one which was going against the flow of most mainstream cinema in the 1980s. Under the reign of Reagan’s economy and cultural mindset, audiences didn’t want to go to the movies to think anymore. That had passed with the 1970s, and the arrival of the blockbuster for which we owe Steven Spielberg and George Lucas much of the credit. Few serious filmmakers were able to survive in this market without making a blockbuster or two. Martin Scorsese would get there eventually as well, but with the power of his critical praise behind him, he set out to make a passion project of his own.
The initial attempt to adapt Niko Kazantzakis’ novel was met with fierce resistance from the fundamentalist Christians, forcing the production to shut down a mere two weeks before shooting. This was in 1983, and Aiden Quinn was cast to play Jesus. It wasn’t until 1988 that the production was green lit and finally made, this time with Willem Dafoe cast in the main role. With the completion of the film, the controversy had only just begun. There were protests and flagrant accusations from conservative groups who felt that any type of altering in the biblical text was blasphemous. Regardless of the anger this film caused and the fact that it took fifteen years of work to finally complete, it is actually a rather tame film of honest and thought-provoking spiritual examination.
The aspect of the storyline which most upset fundamentalist groups was the fact that Jesus (Dafoe) was seen to be more human in this version, given emotions and doubt. He is even given the moments of realization that his purpose might be something greater, and as the title suggests, he is given one last temptation of a life lived in peace and longevity. These images only take up a small portion of the film, though they add layers of humanity to Christ. Otherwise the story is much like many who objected had grown up hearing from the bible. This is not a film meant to question scripture or challenge faith, but a movie which asks questions and investigates faith by humanizing the relationships Jesus had. The relationship with Mary Magdalene (Barbara Hershey) takes on new meaning, as does the role of Judas (Harvey Keitel) in the life of Jesus.
The Blu-ray includes a restored and director-approved high-definition digital transfer, supervised by cinematographer Michael Ballhaus, Editor Thelma Schoonmaker and sound editor Skip Lievsay. The special features include an audio commentary with Scorsese and Dafoe, along with writers Paul Schrader and Jay Cocks. Also included are galleries of production stills, research materials and costume design. There is also some location production footage which was shot by Scorsese and an interview with composer Peter Gabriel. The insert includes a brief but impassioned essay by film critic David Ehrenstein.