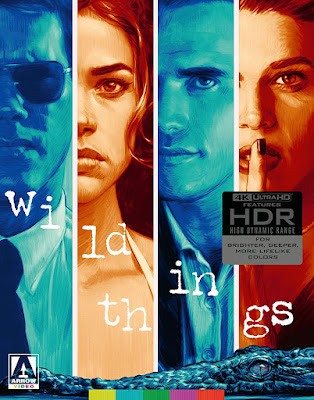 Wild Things was edgy and controversial when it was released in the late 1990s, though it is fairly tame by today’s standards. Although the reasons Wild Things was successful on initial release don’t pack the same punch, it does hold up as a campy take on the film noir genre. There are more twists than the plot seems capable of containing, until it almost becomes predictable. Kevin Bacon called the screenplay "the trashiest thing he had ever read" before becoming an executive producer and agreeing to co-star, highlighting the way exploitative elements were celebrated from the beginning.

Duquette and Perez are suspicious of the accusations and begin investigating, leading to a series of twists and turns. Several characters stab each other in the back, frame each other, and use sexuality as a trap. This is likely why Wild Things is often lumped in with other neo noir crime films. Richards is an obvious femme fatale within the narrative, but not the only one. There are so many twists that credit scenes are used to fully explain the motivations and actions of those at the center of the narrative.

Wild Things is a fun and trashy film, never taking itself too seriously. At the same time, it is mild in regards to the film’s sex scenes, even if they were slightly edgy in the ‘90s. Surprisingly, it is Bacon who ends up showing the most skin, though Richards received plenty of attention for her scenes as the seductive teen. Even if Wild Things isn’t a classic, it was enough of a pop culture moment to inspire three direct-to-video sequels.

The Arrow Films UHD limited edition box set release for Wild Things features a new 4K restoration and presentation of both the original theatrical version and the unrated cut taken from the original camera negatives. The 4K presentation is in Dolby Vision with the original uncompressed stereo audio and DTS-HD MA 5.1 surround sound.

Along with the two versions of the film and special features on the disc, the Wild Things box set comes with an illustrated collector’s booklet featuring new writing on the film by Anne Billson and Sean Hogan, as well as production stills and cast/crew info. Also in the package is a double-sided fold-out poster featuring the original one-sheet artwork on one side and newly commissioned artwork by Sam Hadley. Both images are also on the reversible sleeve for the 4K disc. There are additional images on

Additional special features on the disc include the following: