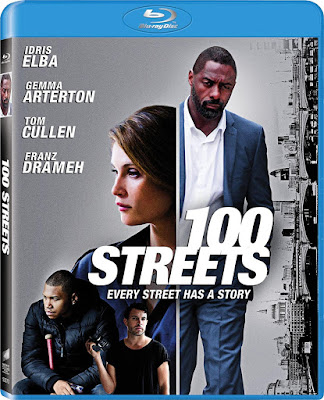 The film follows three carefully constructed narratives, each taking up a different class and type of citizen existing in the same city. Max (Idris Elba) is a former rugby player whose bad habit of clinging to his celebrity with the adoration of groupies and substance abuse is threatening his marriage to former actress Emily (Gemma Arterton). As a result, Emily has started up an affair with her photographer ex-boyfriend (Tom Cullen). This leads to predictably high-strung situations, only slightly original in the choice to have the redemption and recovery take place more in the middle of the film than in the end.

If Max and Emily embody upper class problems, taxi driver George (Charlie Creed-Miles) and his wife, Kathy (Kierston Wareing), represent the working class. In a series of unrelated events, their story first involves efforts to adopt a child, before suddenly switching to the melodrama of an unavoidable automobile accident. While George is by-far the most admirable of the characters, he also feels more like a pawn in the story manipulations than a fully developed individual.

Although far less commendable in his behavior, the lower class Kingsley (Franz Drameh) is one of the more sympathetic contributions to the film. Kingsley is a small-time drug dealer and hoodlum whose salvation comes somewhat unearned after a chance encounter with an elderly man named Terence (Ken Stott) during community service in a cemetery. In one of the only ways the characters are connected through story, Terence happens to be an old actor friend of Emily, providing Kingsley with the creative outlet he needs to separate him from the violence on the streets.

Director Jim O’Hanlon does a decent job of getting convincing performances from his talented cast, though too much of the film relies on unrealistic coincidence and an emotive soundtrack to connect the loose strands of Butler’s narrative. Overall, the entire endeavor feels a bit forced, even if there are moments elevated by the cast along the way. More often than not, I found myself wishing that one of these three storylines had been focused on in more detail and realism, rather than the contrived effort to connect them all by the streets that they share.
The Blu-ray has no alternative ways to view the film (DVD, digital copy), and only has one featurette in the special features. Although it is the solitary extra, the making-of featurette is fairly in-depth, spending nearly 15-minutes discussing themes as well as logistics of the shoot. There are interviews with director O’Hanlon as well as many cast members included in this featurette.