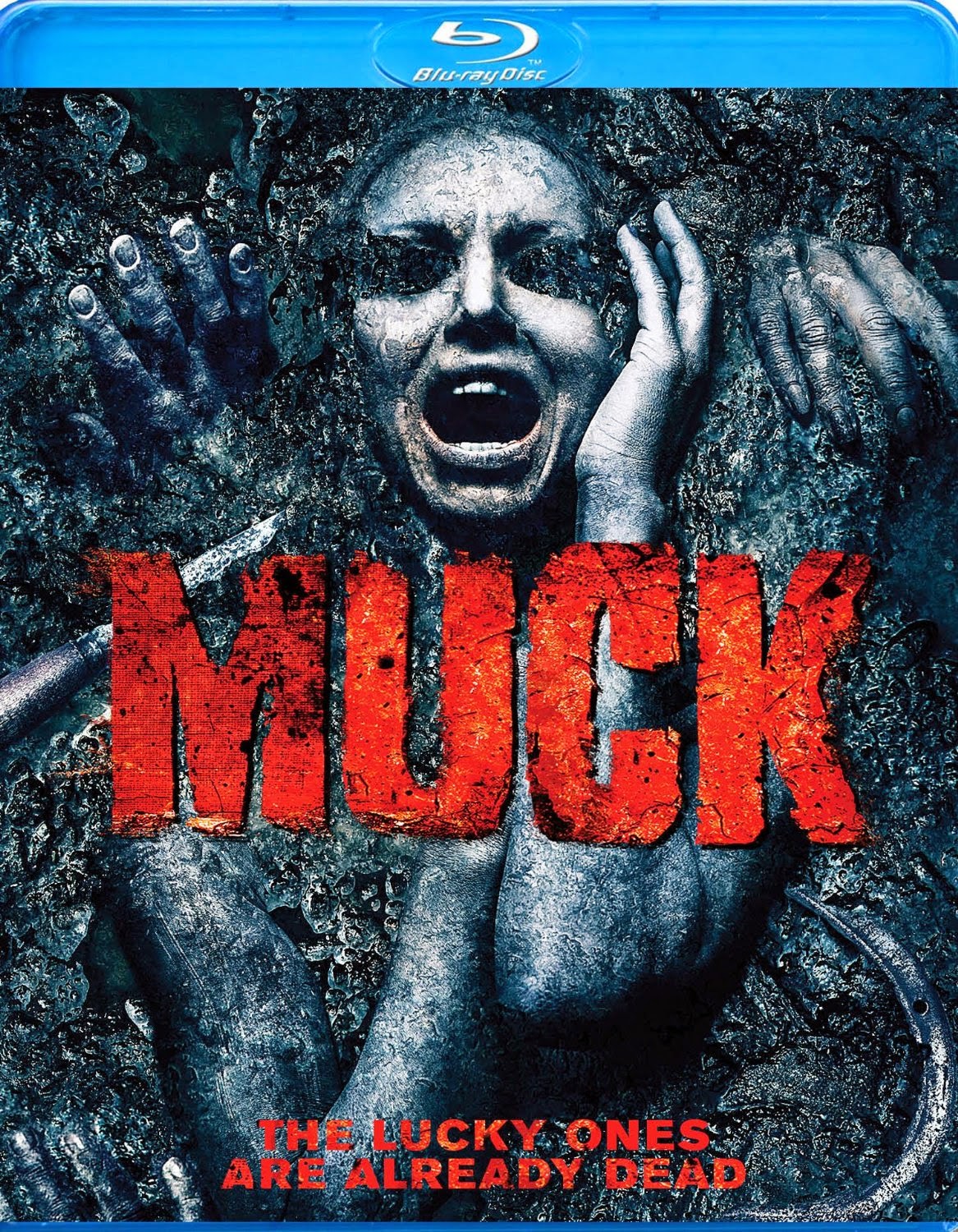 Every time I think I have seen the worst film I will ever see, some ambitious untalented hack proves me wrong. Leave it to the horror genre to attract the very worst in filmmaking, both in lack of creativity and talent. Some filmmakers treat the genre as a playground for their disturbing delusions and the never-ending exploitation of talentless actresses willing to shed clothing for their fifteen minutes of fame. Steve Wolsh is the worst of these offenders I have seen in years, offering up the second film in a horror trilogy as his directorial debut.

Yes, that’s right. Wolsh thinks that it is progressive to tell the middle part of his trilogy first. This means that we jump into the narrative with a group of frightened and battered co-ed on the run, bemoaning two friends they left for dead. My first question for the moronically arrogant first-time director; what does he think will be at stake in viewing the next film, which is the portion of the story preceding Muck, with what must be a lower body count and deaths that will be expected? But this is a point that is ultimately moot; it would only matter if the narrative of Muck warranted giving the slightest bit of a shit about the characters and/or story. Having sat through this sad excuse for Wolsh to ‘play filmmaker,’ in what appears to be merely a reason for him to get bad actresses naked, the only thing I care about is the utter failure of this film.

I have never asked anyone to boycott a film before, because I believe in the idea of artistic freedom and expression, but it would be a travesty on humanity if any amount of success permitted Wolsh to continue making movies. I have seen many bad horror films, as well as many that are misogynistic. Never have I seen one that is purposefully worse in order to be misogynistic. This film carries the logic of a pornographic movie, deterring from the horror for a long sequence of a minor, minor supporting character to try on a dozen different pairs of underwear and matching bra in the bathroom of a dive bar. Every female character is undressed in some fashion or another, and you can almost feel Wolsh’s heavy breath behind the leering camera movements on the cast’s bodies, nubile or merely scantily-clad.  It says everything that the cast boasts Playboy Playmate Jaclyn Swedberg, with two more signed on to join the next film. Swedberg can’t be considered an actress for what little she does in this film; she can barely be considered a real person.

There are several other selling points that are being used to try and attract viewers, such as the film’s use of only practical effects paired with the casting of Kane Hodder as the miscellaneous swamp creature/villain. One might automatically make the comparison to Adam Green’s Hatchet franchise, but I feel shame for even putting Muck in the same sentence as those films. While they are far from masterpieces, the Hatchet films truly do feature practical effects that serve as a throwback to 1980s slashers. While Muck may not rely on computer generated effects, it mostly does this by not needing any special effects. There is nearly no gore, with a few splatterings of blood as the only sad excuse for effects. They have also boasted that it took six hours to do Hodder’s make-up each day. I would not be bragging about that, because nobody with any talent should have wasted more than two hours on a creature design so lazily constructed. There is absolutely nothing menacing, frightening or slightly believable about the ‘creatures’ in Muck.

Not only do I not recommend this film, I urge everyone who reads this review to tell a friend not to see this movie. We don’t need to give anybody a reason to fund Wolsh to make himself more jerk-off material. I’m even going to do the actors involved (other than Hodder, who does not escape unscathed) the kindness of refraining from even writing their names in connection to this film. It is quite clear that every single one of them needs about ten years of acting lessons before anyone allows them back in front of a camera. Think I’ve been too unkind in my review of Muck? The sad thing is that I actually held back.

Thank you for the coverage in your blog. I greatly look forward to your coverage of the upcoming MUCK prequel, MUCK: FEAST OF SAINT PATRICK.

FYI MUCK debuted as the #1 Horror New Release on Amazon for all formats, outselling the production budget in the first week of release. Tens of thousands of copies have already flown off the shelves of Best Buy and Walmart stores across the nation.

Currently, MUCK has sold more DVD's on Amazon than any other horror film in the last 30 days (although some of those films did have a head start on MUCK, which has only been available for 21 days).

The pleasure was all mine. I try and review everything that is sent to me, and will also likely cover the upcoming prequel, assuming the cost to me is no greater than my time.

Congrats on your recent success. I must give credit where credit is due, and you have certainly marketed the film well. Any chance you are planning on spending any of the profits on hiring real actors for the next film? Or perhaps an editor that understands the concept of cross-cutting?

As grateful to you for reading my review as you are for having watched your film.