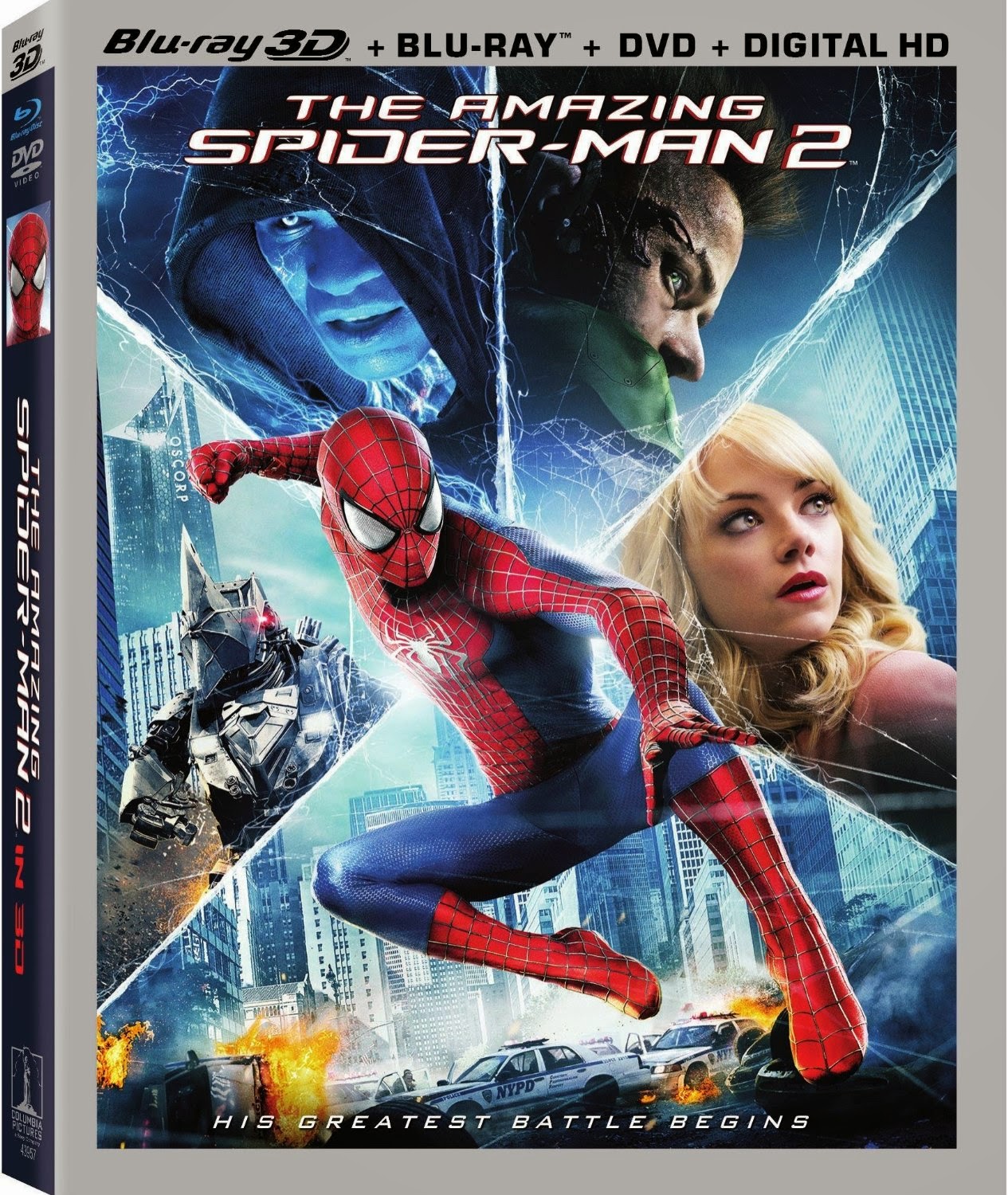 
I wasn’t overwhelmed by any of The Amazing Spider-Man, though it was a solidly entertaining reintroduction to the popular superhero. Perhaps it was the familiar origins story, the onslaught of similar comic book films, or the fact that the previous Spider-Man series had concluded less than a decade earlier. Whatever the reason, I went into The Amazing Spider-Man 2 with very low expectations and found myself pleasantly surprised. While it is an uneven film in terms of storytelling, dragging in large areas of the film despite having attempted to do too much in terms of plot and quantity of characters, there are moments within the film that rival anything from the first installment in the re-franchise.


These moments are so amazing that I found it easy to forgive the film its many flaws, however easy it would be to imagine ways that they could have been easily fixed had more time been spent in the screenwriting. Due to the amount of time needed for the post-production of these special-effects filled comic book films and the urgency from the studio to cash in on successful franchises, it feels as though this film was rushed into production prematurely. The biggest issue of the film seems to be a lack of focus, which comes with the number of characters and sub-plots within the film.
Among them are three villains, none of which is allowed to completely take center stage in the plot, and two of which are left unresolved by the end credits. I would say that the film is more about the relationship between Peter Parker (Andrew Garfield) and Gwen Stacy (Emma Stone), but even that gets somewhat lost with the many other sub-plots. In fact, this film feels like a collection of sub-plots, from the return of Harry Osborn (Dane DeHaan) and his transition into becoming the Green Goblin to Max Dillon (Jamie Foxx) going from being Spider-Man’s biggest fan to a victim-turned-villain named Electro. There are also the repeat appearances by Paul Giamatti as Russian criminal Aleksei Sytsevich, who also transitions into a low-rung super villain by the end of the film, and this is only the drama involving the bad guys.

Among this convoluted collection of side-stories, however, there are elements of this film that are astounding. Though it is far more colorful and nearly cartoonish in some of the earlier sequences (likely in order to amplify the effects of the 3D in theaters), I found the visuals from director Marc Webb and cinematographer Dan Mindel to capture the essence of a comic book film. This paired with a magnificent throwback score by Hans Zimmer with The Magnificent Six featuring Pharrell Williams and Johnny Marr makes for some engaging action sequences. Unfortunately, with all of the villain back-stories, Peter’s investigation into his father, Gwen’s decision to travel abroad to study, and Aunt May’s struggles to hide her new job from Peter, there are only a handful of actual action scenes in a 141-minute running-time.

The Blu-ray release presents the film mastered in 4K, with expanded color, making for an impressive display of home entertainment visuals. I was also thrilled by the way the soundtrack worked my surround sound system, especially in the sequences involving Electro. The combo pack has a DVD and digital copy, on top of the Blu-ray disc. Also exclusive to the Blu-ray are a handful of extras not found on the DVD, which include nine additional deleted scenes complete with optional commentary by Webb, on top of the other four included on the DVD. The expansive making-of documentary, “The Wages of Heroism” includes the bulk of extras, though there is also a filmmaker’s commentary and a music video by Alicia Keys.