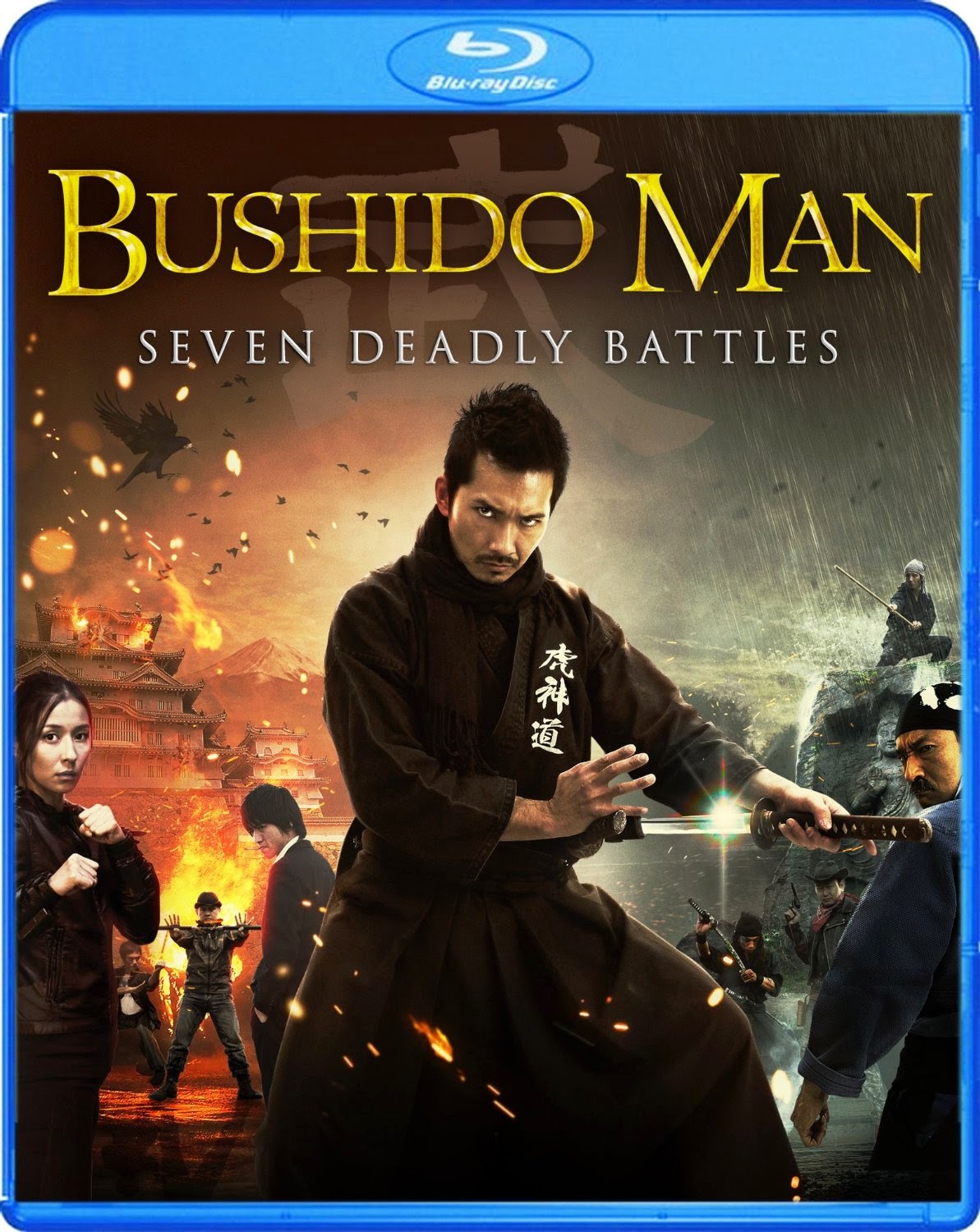 
While there is something to be said for the restraint in filmmaking shown in a majority of Bushido Man, I fear that this will merely leave many audience members feeling assaulted by the final sequence. It combines two distinctly different styles together, which is an interesting approach for a film about a man adapting numerous martial artist techniques into one, but the end result is a disjointed film blending classic martial arts with the gruesomely masochistic cartoon action seen most often in a Sushi Typhoon release. This film could have been made two different ways, and either would have been better than attempting both.


Beginning without any extraneous material, Bushido Man is about the pilgrimage of a modern-day warrior who travels across in search of legendary fighters he can learn from through battle. A majority of the film is being told in story form from this warrior, Toramaru (Mitsuki Koga), who gives every detail to his master, Gensai (Yoshiyuki Yamaguchi). Master Gensai has taught Toramaru the discipline of The Cosmic Way, which is a philosophy of fighting which requires him to eat the food of his enemy before battle.

The film essentially exists with three segments; there are the portions in which Toramaru narrates to Gensai, the meal before the fight, and the seven fights themselves. There is not much else needed for the film to work, although the climax and abrupt resolution feels completely separate from the rest of the film. The premise was original, but it seemed that there was nowhere to go with it except for absurdly and unrealistically violent. This is particularly strange considering the amount of effort put into the realistically choreographed fights in a majority of the film.

The Blu-ray includes a making-of featurette. The visuals in high definition are nearly as uneven as the narrative, though there are moments within fights that it truly enhances the film. Often the sound design alone can improve the excitement of a film, which is the case in some of the sequences of swordplay.