Exclusive Conversation with Adam Neutzsky-Wulff, Director of The Stranger Within! 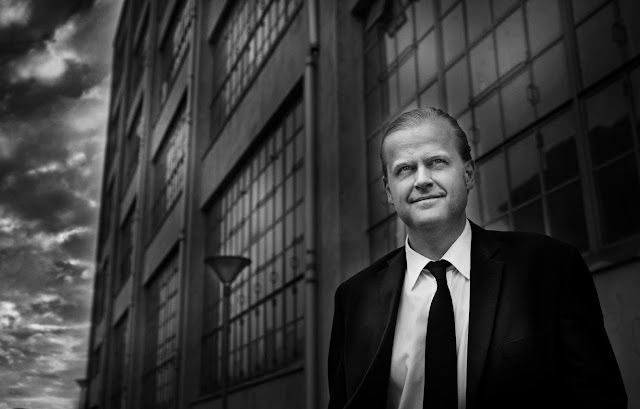 An interesting thing is happening in the world of international cinema, which will have an effect of the type of films which will come out of in the near future. Foreign films have long been unfairly lumped together, with the assumption that all subtitled movies must also be character-driven and void of the predictable pitfalls paired with genre filmmaking. When American audiences hear “French film” they still think of Jean-Luc Godard, not Luc Besson. While realism is still achieved in many European films, lately there are just as likely to be successful genre films being made. These films provide an opportunity for homegrown blockbusters, not to mention the attention it attracts for studios. Successful genre films are quickly remade, and the most promising filmmakers are often also hired to direct a blockbuster as a result of this success.

It should come as no surprise that the two national cinemas which have provided some of ’s latest promising directors are also among the most self reliant. When talking about Danish film in the last decade, it is inevitable that Dogme 95 comes into the conversation as a predominant force in and around the world.  Dogme, however minimal a movement in reality, caused such an uproar in conception that it entirely overshadowed a new wave of cinema in Denmark which began with Ole Bornedal’s thrill Night Watch (1994), a film “which heralded a wave of genre films about desperate male protagonists in Danish urban environments, such as Nicolas Winding Refn’s Pusher (1996) and Bleeder (1999) and Thomas Vinterberg’s the Greatest Heroes (1996).”[1] 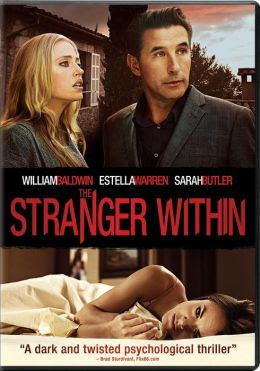 This movement of strong genre filmmakers has resulted in many talented Scandinavians finding a good match for future collaborations. Adam Neutzsky-Wulff is the latest of these talented writer/directors, whose debut feature is available on DVD today. Starring William Baldwin, Estella Warren and Sarah Butler, The Stranger Within premiered at the 2013 Berlin Film Festival (as The Stranger Inside), produced by Michael Aoun of Drama Deluxe. I sat down for a quick chat with Adam, discussing the difficulties of the shoot, future projects and personal filmmaking influences. More than anything else, it was the proud combination of American and European influence in a man with the same heritage as Ingmar Bergman which came through in my conversation with Adam.

Ryan Izay: First off, I would love to hear about your influences for The Stranger Within. When you were writing the screenplay, were there any films you watched that set your mind down any particular path?

Adam Neutzsky-Wulff: I’ve always been quite a big fan of the psychological thriller, particularly Stanley Kubrick’s work; The Shining, and also all of the 90s thrillers, like What Lies Beneath. Additionally, there are some elements of Bergman as well, obviously because I’m Scandinavian. I really wanted to do something that was a combination of the Bergmanesque and something very driven in the American Hollywood sense.

R.I.: I was definitely able to see the 90s psychological thriller’s influence. That definitely shined through for me.

Neutzsky-Wulff: We really need those. They aren’t really out there any more, so I think this film will be a revival for the genre.

R.I.: Absolutely. What about your visual influences for the film? Was that more the 90s thriller or your Scandinavian background influencing your style of filmmaking?

Neutzsky-Wulff: A combination, I would say. I’m a huge fan of the thriller, and the American take on the thriller, but also the urbanesque style we have here is also very close to my heart. The main reason for the film’s special style is very often because this genre—or a lot of movies I watch—don’t really have establishing shots. You don’t really see where we are. We want to get the surroundings. That’s why all of the big shots in the film have a dynamic between showing where we are and then the close-up on the actors as they are going through this. We want to get to see where they are within the film, especially for the Emily character. The turmoil and what she is going through and then the dynamics of those two, I’d say. My father was a writer, and he sat me down when I was like four or five years old to watch all the American classics. He showed me early Spielberg and old Hitchcock and Kubrick. I’m really influenced by them, even more so than their European counterparts, even though I’m European.

R.I.: Do you have a favorite film? Not necessarily one which influenced The Stranger Within, but more of a personal favorite?

Neutzsky-Wulff: I do. It’s funny because everybody asks me that, and a couple years ago I had a really hard time answering. But today Once Upon a Time in America is my all-time favorite. It’s a coming-of age story, it’s about friendship, it’s about betrayal, and it’s about the questions you have during life, making wrong choices

R.I.: Have you any aspirations to make your own gangster film?

Neutzsky-Wulff: Yeah, I do. My partner who produced The Stranger Within at Drama Deluxe also loves the genre. And I love The Godfather, as well, of course. So I would love to work in that genre, but our next movie will be a drama. Not a gangster film at all, but it’s about friendship and betrayal and what happens to you when you make some really bad life choices, and all the emotions that come with that. But yeah, I would love to do something eventually.

R.I: Have you made any casting or location decisions on your next film?

Neutzsky-Wulff: Yeah, I think the next film will definitely be shot in and it will be in the genre of a film like The Firm. Another 90s movie… [chuckles] And then also with elements somewhat like Silver Linings Playbook. I love those kind of films.

R.I.: Is there a courtroom aspect to the storyline?

Neutzsky-Wulff: There’s a small courtroom aspect, but it’s more of a story about fathers and sons and how if you make poor life choices and how it can affect a young person when they don’t grow up right. Hopefully that will start beginning of next year.

R.I.: Is this an original screenplay?

Neutzsky-Wulff:  No, it’s adapted. It’s actually a screenplay done by another Dane, adapted. Later on it will be shot in , but it’s a Danish screenplay. But its just more interesting set in because in the difference between rich and poor class is not that big. Things are more disastrous in the American society right now, but on the other hand that is what I love about . There are chances of aspiring to get out of that, while coming from humble beginnings, a humble start. I think it’s really fascinating.

R.I.: Will this be your first time shooting in the States, or was a portion of The Stranger Within also shot in ?

Neutzsky-Wulff: Yeah, but it was only of the exteriors, actually. Most of the interiors were shot in Mallorca, but made to look like , but this next film will actually have the budget to shoot in .

Neutzsky-Wulff: All the kidnapping sequence was done in a factory in .

R.I.: One of the film’s more harrowing sequences. Were there any horror influences that inspired that section?

Neutzsky-Wulff: Yes. Some of it, I think, comes from my love of the old Hammer horror that I grew up on. I grew up on British genre films as well. I was probably too young to watch those films. [laughs] But that’s probably what you pick up on most in that sequence.

R.I.: That sequence also has some of the film’s more powerful acting from your lead. I would love to hear how you attached Estella Warren to the role of Emily.

Neutzsky-Wulff: We went to and talked to other actresses, and there were others that we loved but Estella was the one who brought frailty to the part. It was very essential that we needed to have someone that would be able to believably crack. I saw the screen test and I’m convinced that if Hitchcock were alive today he would love Estella Warren. He would love the frailty that she has. 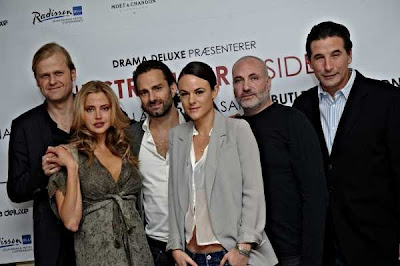 R.I.: From an actor’s perspective, the kidnapping sequence must have been the most dreaded shooting day, but was there a day that was particularly difficult for you as the director?

Neutzsky-Wulff: There’s the one scene where Estella and Billy are going to the island. It’s very simple what you see, but when we shot it there were a lot of waves there. We both know I’m not a sailor, and when we got out of the harbor we were just holding onto the camera and people got seasick. It was awful. The waves out there were just insane.

R.I. If you could have any filmmaker’s career, whose would it be?

Neutzsky-Wulff: Kubrick, I would have to say. I think he was a really brilliant director.