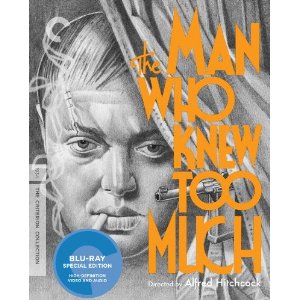 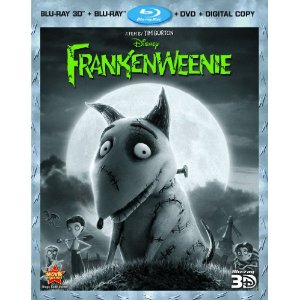 The Blu-ray 3D package includes four discs; Blu-ray 2D, Blu-ray 3D, DVD and Digital Copy. The four-disc combo pack also includes a number of exclusive special features, most notable being an all-new short film featuring Sparky. The DVD special features include a look at the exhibit traveling the world comprising of the film’s artwork and models from the film’s production. There is also a music video. The Blu-ray has these features, as well as a tour of the sets from the film’s production and the original live-action short film that inspired this movie.
No comments: 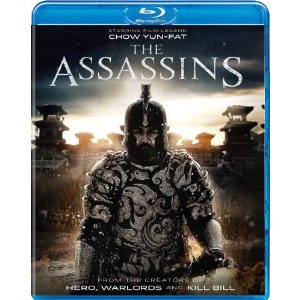 I’m not certain if there are more of these martial arts epics made in China than any other genre of film, or if these are simply the ones most exported to the United States, but either way we seem to have a new one on Blu-ray every other week. Sometimes it becomes difficult to distinguish between them, as many have similar plots and easily forgettable action sequences. Although The Assassins is not the most original or memorable film to be released, it is one of the better ones made in recent years.

The action is spectacular, choreography and cinematography working together to make many memorable sequences. The characters are also complex and well constructed. My only criticism would be directed at the film’s unwillingness to commit entirely to one character for inspiring sympathy from the audience. While trying to create an array of emotions, the filmmakers stretch this attempt too far and eliminate most sympathy from the distance created by so many characters complexly weaved into the story.

Though there are many unnecessary additions to the story, the focus quite clearly remains with Ling Ju (Crystal Liu Yi Fei), a female warrior trained since childhood alongside many other children. Though Ling is in love with fellow child soldier Mu Shun (Tamaki Hiroshi), this must be put aside for the mission they were trained for. After ten years of preparing, they are sent to assassinate the most powerful man in the world, Cao Cao (Chow Yun Fat). The reasons behind the assassination are much more complex than the emotional melodrama of Ling Ju and Mu Shun, but unfortunately their story is placed in the background and the family drama behind the assassination attempts is revealed.

As often is the case, there is some historical accuracy to the assassination attempts and the historical characters in the film, though I actually would have preferred more from the characters who were quite clearly fictional. There is a love story at the center of this film which is dismissed quickly into the story, which is disappointing considering how strongly the film begins. The action remains solid throughout the entire film, though there are large portions which remain focused on the espionage of betrayal instead. The Blu-ray includes a behind-the-scenes featurette and a trailer, but it is the visuals of the fights in high definition which makes this package worthwhile.
No comments: