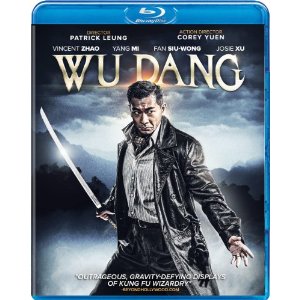 Wu Dang is a rather typical martial arts film in many respects, with the right amount of action mixed with sentimentality. The execution of this average martial arts film is what makes it stand apart somewhat, and this is mostly due to action director Corey Yuen, best known for his work choreographing the action in The Transporter. There is a familiar brutality in the hand-to-hand combat of the opening scenes of Wu Dang, which eventually gives way to a more traditional style of Wu Dang Kung Fu.

Part Indiana Jones and part Crouching Tiger, our hero is an American searching for lost treasures with his daughter during the early days of Republican China. His daughter is a prodigy in kung fu, and it is under the guise of a tournament in a sacred temple that these treasures are stolen. More important than their physical value is a supernatural ability which is said to come from their possession.

Although I prefer the earlier action which resembles more of a realistic and creative style of fighting to the supernatural martial arts that take over by the end of the film, but Wu Dang is entertaining through and through. Although there is a bit too much forced melodramatic sentimentality, I was never bored or eager for the film to end. This is the sign of good filmmaking; when an average story somehow makes an above average film.

The Blu-ray release includes a behind-the-scenes featurette and a trailer. 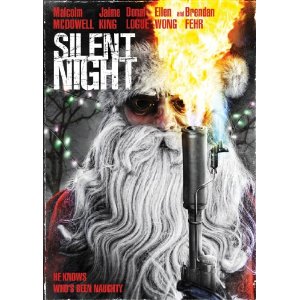 The DVD release includes a behind-the-scenes featurette, as well as some deleted scenes.
No comments: 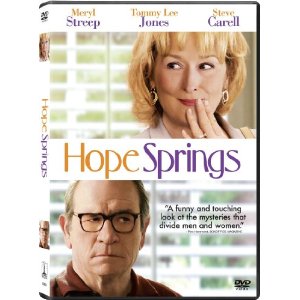 Films like are among the rarest to come out of . There is an unspoken rule, referred to as “the rule of 40.” It essentially only applies to female actors, and it says that their career ends at 40, and if anything you are resigned to playing the mother in supporting roles. If anyone were to break this rule continuously, it would be Meryl Streep, and nobody is better suited for this rare adult romantic comedy. Not only does it feature older actors in love and romantic (even sexual) situations, but they are a couple who have been married for decades.

Kay (Streep) and Arnold (Tommy Lee Jones) have a seemingly ordinary and happy life for people of their age, though their relationship has become more routine than romance. In an effort to inspire a change in their rut, Kay spends her own saved money on a retreat to a couples therapist (played by Steve Carell). Although is reluctant, he goes along with the trip. Stubborn attitudes and a reluctance to let go prevents the couple from immediate success, but each of their sessions is a joy to behold. This is a film in which good acting is paired with a spectacularly thoughtful and eloquent screenplay by Vanessa Taylor.

The DVD includes a number of great special features, with a gag reel to add even more humor to the package. There is also an informative commentary track by director David Frankel and a featurette about the stars playing the onscreen couple. There are alternate takes in replacement of deleted scenes.
No comments: