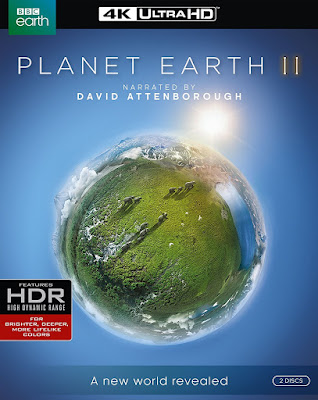 Fittingly, this is the first BBC series to be produced in Ultra high-definition 4K technology, keeping the reputation of the series alive. Although there are only six episodes (and one making-of episode to replace the segments missing from each individual one), no less effort went into the production. With filming taking place in 40 different countries over the course of 2,089 shooting days, there are just as many awe-inspiring moments captured, even if there is less material. Nearly 10 million viewers watched the first episode to air, and even more saw one of the most impressive sequences captured from this episode when it was uploaded onto the internet.

There may be some redundancy in the subjects chosen for each episode of “Planet Earth II,” with some episodes even titled the same as their “Planet Earth” counterpart. Even so, the footage is all new, providing new narratives even when the location remains similar. With only six primary episodes, “Planet Earth II” is also able to keep the themes of each rather simple. They are each focused on various unique ecosystems, defined by their locations and conditions. The first disc includes episodes on Islands, Mountains, and Jungles. “Islands” features the harrowing footage of a newborn iguana narrowly escaping a literal snake pit of danger. “Mountains” has rare footage of the elusive snow leopard, and “Jungles” is full of creatures both beautiful and deadly. Disc two has “Deserts,” “Grasslands,” and “Cities.” Despite being somewhat untraditional, “Cities” shows the ways that many animals have adjusted to the encroachment of human kind on their natural environments.

Along with the spectacular photography, “Planet Earth II” brings back the iconic narration of Sir David Attenborough, who even appears as host at the beginning of select episodes. On top of the perfect narration, “Planet Earth II” boasts an original score from blockbuster composer Hans Zimmer, adding even more drama to sequences that are already quite intense. Each episode brings at least a couple unbelievable sequences, often captured in a uniquely original manner. And even those subjects which have been seen in other nature documentaries are given such magnificent treatment in ultra-high definition that it often feels as though we are seeing it for the first time.

While the DVD and Blu-ray release of “Planet Earth II” include the making-of segments at the end of each episode, the 4K release has a third disc with a full episode of these featurettes on a Blu-ray disc. Although this is the only special feature, it is the Ultra HD presentation which makes the package worthwhile. There are not only more details in every image, but the 4K also displays a high dynamic range (HDR), which provides deeper, brighter, and more lifelike colors for each shot. The sound is also enhanced in DTS-HD 5.1, making it sound as though the wildlife is actually in your living room.